The municipality is divided into three main areas of operational responsibility, which consist of the following divisions:

The municipality's tasks are defined in the Constitution and the Local Government Act. According to the Constitution, municipalities have local self-government Following the Local Government Act, each municipality has to have a local executive, a chief executive, a local authority audit committee, a professional auditor and a local council elected in municipal elections for a term of four calendar years. The local council exercises the highest power of decision-making.

Pyhäjoki local council has a total of 21 members. 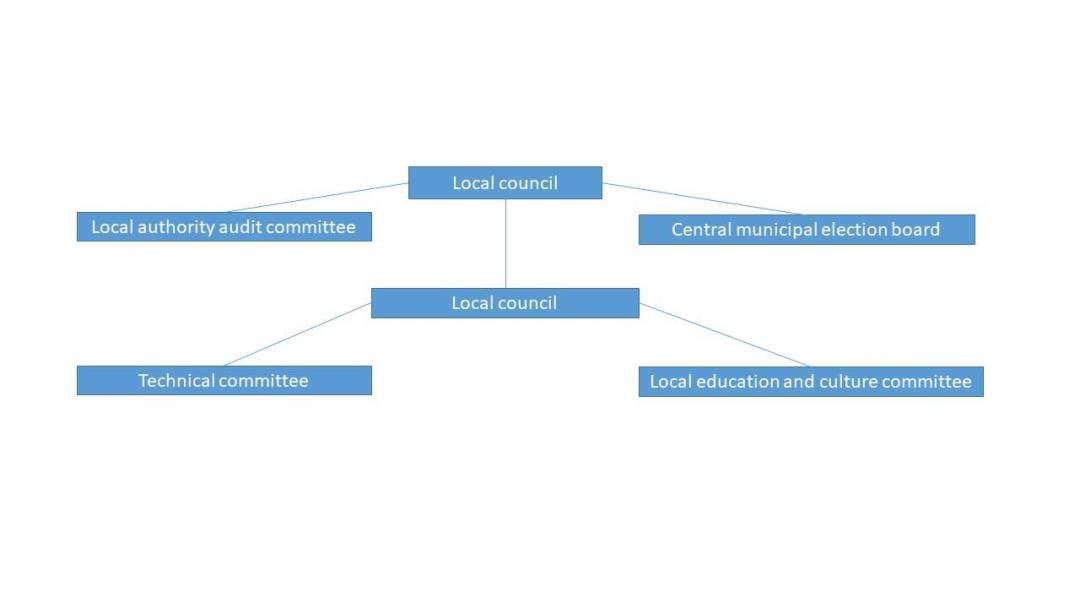